The Interview - My Mother

I'm an ardent fan of articles from sites like Elite Daily and Thought Catalog. I probably have read close to 100% of the articles, regardless of its topic. Few weeks back, I read an article, entitled 32 Questions Every Girl Wants To Ask Her Mom But Never Would (click to read). So, that lead to this post right here.

-
I sat down with my mother, who surprisingly agreed to answer my questions. Here we go.
-
1. Are you really proud of me?
*stares at me wide-eyed* (She probably didn't anticipate this kinda question when she agreed.) *suggests that we should go play badminton since it's been a long time since we did* (And we ignored the idea of this blog post until later at night.) Oh, the answer, 'Yes.' (Perhaps Amma needed all the time she could to think of the right answer.)

2. Was I a mistake? (asking this question to my Yindian mummy felt a little awkward)
*frowns* 'No.'

3. What do you think of girls using rough language, the F-word?
'What is the need to say those words? Unladylike. Why must raise voice?' (Just to point out, Amma's voice amplitude ranges at the high extreme when she's fuming. Mostly caused by yours truly.)

5. Do you think that Acca is still good-looking?
*gives the 'duhhhh' look* 'Yes, ok what.'

6. Do you judge me for my choices?
'No. It's your choice, and life.' (Uhmmmm.. But I think some of my choices are highly influenced by what she might think, or what she would have wanted.)

7. Did I turn out the way you wanted?
'Almost. Not too bad. But in terms of education, could have been better.' (Yes, agreed on that. I might have seem a little prodigical as a kid, and turned out to be so-so in my teens.)

9. What were your dreams?
'Grew up without an ambition.' *after a while* 'I wanted to be a housewife.' (This came to me as a shock. I cannot imagine my Amma, the Housewife. Cmon! This is the woman who goes frantic about clocking in late for work, despite all sickness goes to work, and thinks very hard to apply for leave.)

10. Did having children stop you from accomplishing something?
'Yes.' When I asked her what was it, she said, 'Cannot tell you all that.' (Thought-provoking. Very.)

12. Do you have a favourite?
'No. Equally like both of you.' (Pfftttt.. This was a diplomatic answer. We all know the truth, don't we? #perasan )

13. How long did it take you to lose the baby weight?
'6 to 7 months.' (Fun fact : She weighed lesser than the high-school-me when she got married.)

14. Did you really want a daughter?
'Son or daughter, it's the same thing for me.'

15. What is that one thing you really wish to do in life?
'To go on a world-tour.' (Traveller spirit definitely passed down.)

16. How many compromises did it take after marriage and having kids?
'Uncountable. ' (Yes, I know. Fingers crossed in about a year, it'll be all worth.)

18. Do you really think I'm the most beautiful thing in the world? (I LOL-ed before even finishing this one.)
'NO!' *shakes head* (Amma's latest obsession is convincing me to enroll in a Zumba class. She disapproves of my 'untidy' look, which I justify as laid back fashion. That's pretty much it.)

19. If you were my age, would you have been my friend?
*nods* 'Yes.' (We are 29 years apart, and we still have inside jokes, gossips, and have developed liking and disliking towards almost the same thing. Friends? I'd say bestest of friends. (Add : Friends who argue a LOT)) -Bracket in a bracket. My language teachers will be proud of me.

21. Are you afraid that I might be turning into you?
'No, are you?' (Well, I think there's resemblance here and there. Let's pray that I inherited the 'age-gracefully' gene from Amma.)

22. What is your take on same gender relationship? What if I'm in one?
-CENSORED- *stares and frowns* (So, my mother doesn't approve of the whole LGBT thing. Whenever I mention about a friend who is lesbian (or gay), she doesn't think it makes any sense. I almost try to tell how that's okay, but apparently it's still a work in progress.)
-
And we are done! So, just a little back story for this blog post. When I was a kid, my mother used to be very strict. Let's just say I've been a victim of the 'Brown Mothers' Weapons'. Eventually over the years, I came to understand why she was how she was, and I don't regret it now.

I don't know if it's an Asian way (or curse) that we are less expressive to our close ones, mostly to our parents. I never use to thank, apologize and compliment my parents for anything. To be honest, even wishing them on big days felt a little funny. Maybe it was the mentality that they're our parents, and they know we love them. Ever since I started seeing them less (since I came to UTP), I began appreciating them more. I actually started thanking them, apologizing if I did any mistake, and be a little more expressive. My mother and I have always been close, but the younger version of me wouldn't have guessed that I'd be sitting one day with her and getting this done. Doing this with my mother will be one of those things that I'd cherish in future. I asked her these questions, and would not have to sit and ponder on what were her thoughts. If you have a random question that you would want to ask your parents, ask them (Choose your questions wisely if you don't want to get chased out). You'd be surprised of how willingly they might want to tell you.
- 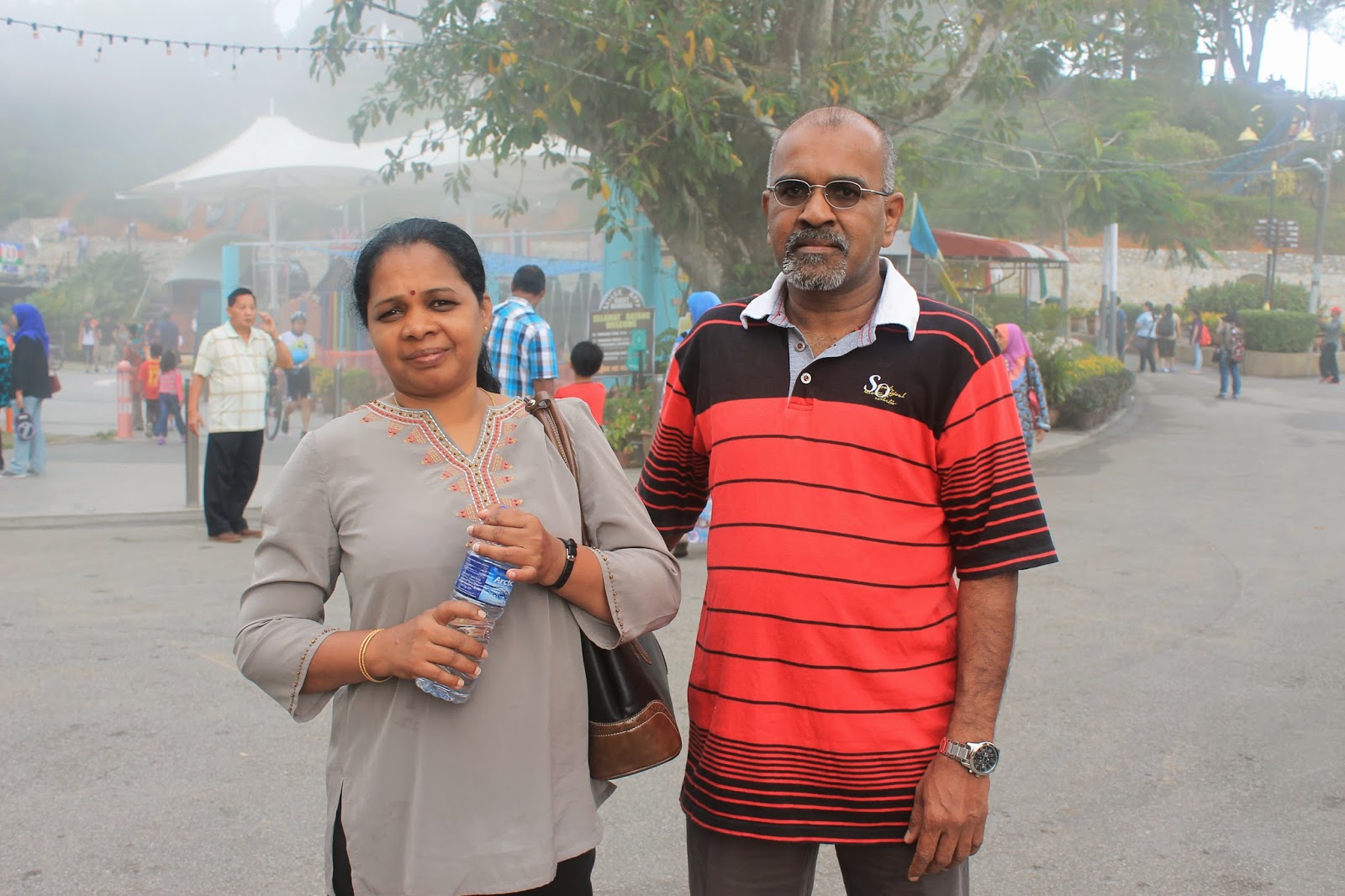 What is(are) the question(s) that you would want to ask?  :)
Scribbled by Tharaniya S Nair at human hour 11:48 PM
Email ThisBlogThis!Share to TwitterShare to FacebookShare to Pinterest

Brain Behind The Posts 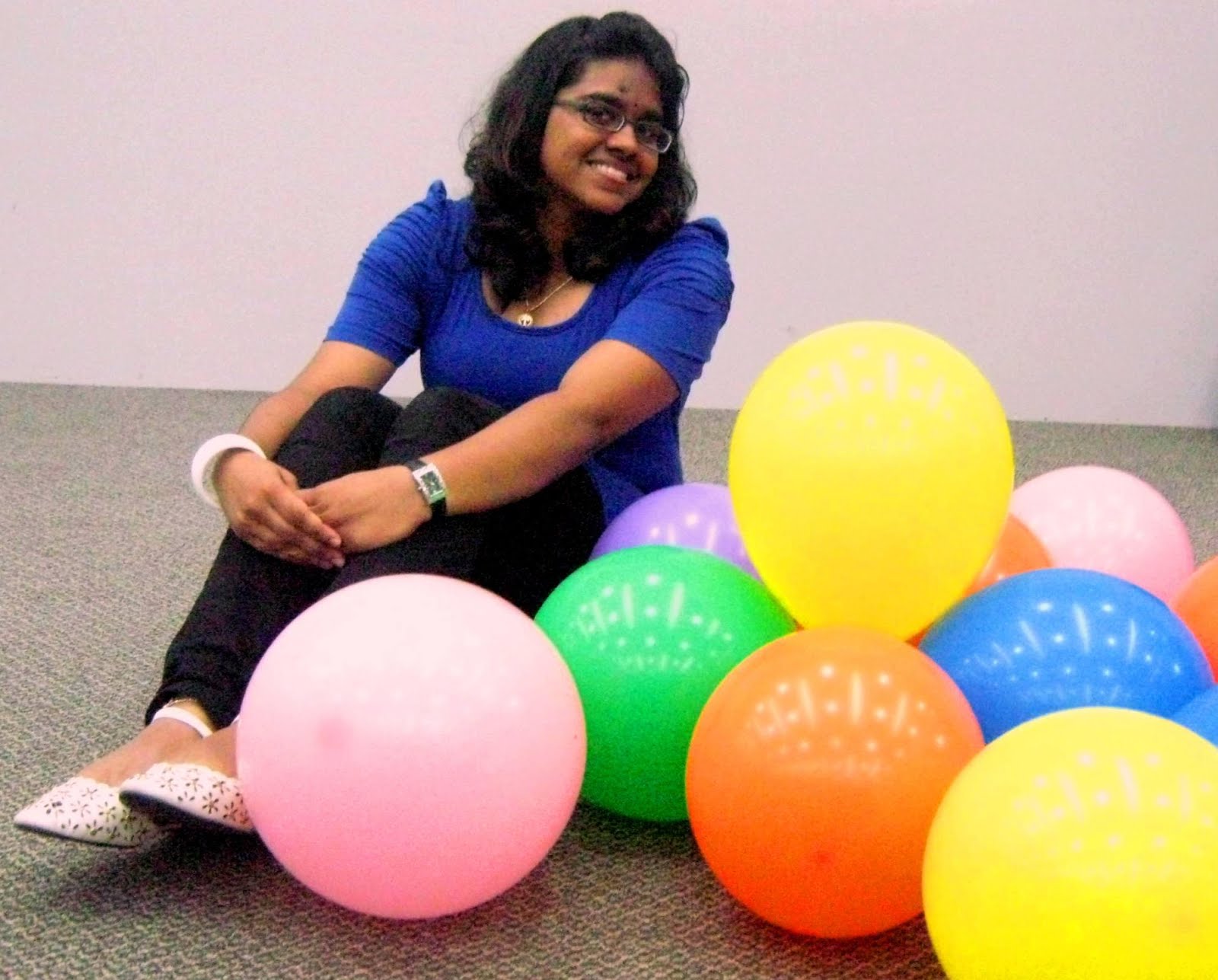 The author of this blog wants you to know that she loves reading, watching documentaries and that she's not your typical nerd! As much as she enjoys doing all the above, she likes people-watching, dreaming and indulging in random thoughts. She bugs her Mum to feed her dinner and Dad still calls her Baby. The bottom line is that, she can be too old(in thoughts) and too young(in action) at times.